Hubertus is a diversified company, covering several sectors. Is this structure and architecture what brought sustainable operation to life?

I would go further. An agricultural activity can only be successful in the long run in a sustainable way. I would start there that real sustainable production requires an animal. In the past, there were no tractors, no external input material, instead there were cattle, animals pulling the plow. Part of what was produced was eaten by people, the other part went to feed the animals, and if all was left, it was passed on. And the manure was returned to the soil and fed the next crop. That was the real sustainable food production. With industrialization, we have moved a little away from this because agriculture only produces raw materials that are processed by industry. Now we should go a little further in time, concentrating on producing higher quality raw material with fewer processing steps. In the field of packaging, the possibilities offered by modern technology must be used so that packaging materials are made from natural raw materials, producing less waste. 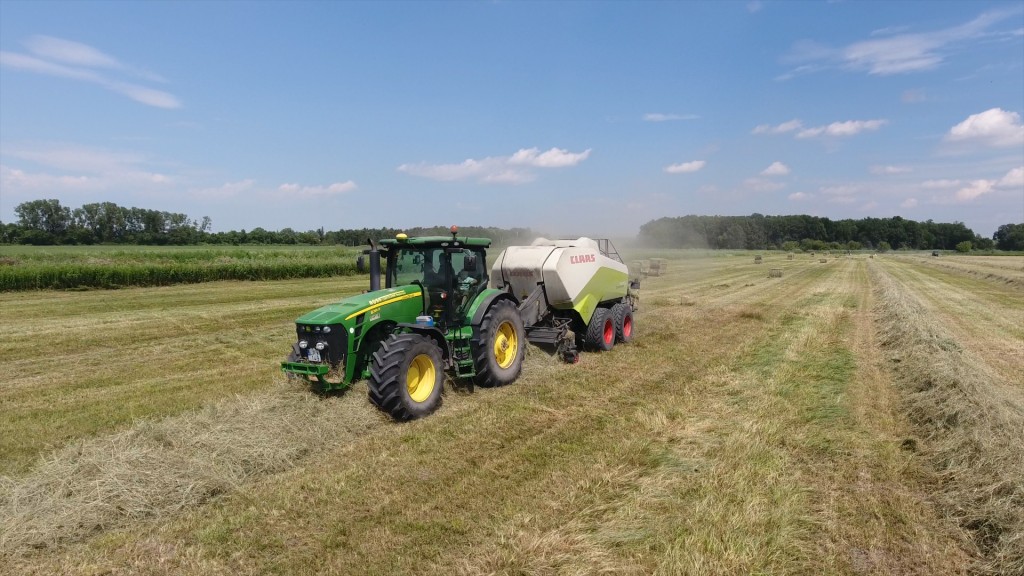 How would you define sustainable farming?

If we look closely, it is sustainable production that is independent of external input material. It only produces what it can produce on its own, for its own use, and if something extra arises, it can sell it. It's like a perpetuum mobile. Which is pretty hard, of course, since we know that real perpetuum mobile doesn’t exist, but that’s what we have to strive for. With less external input, more efficiency in production! 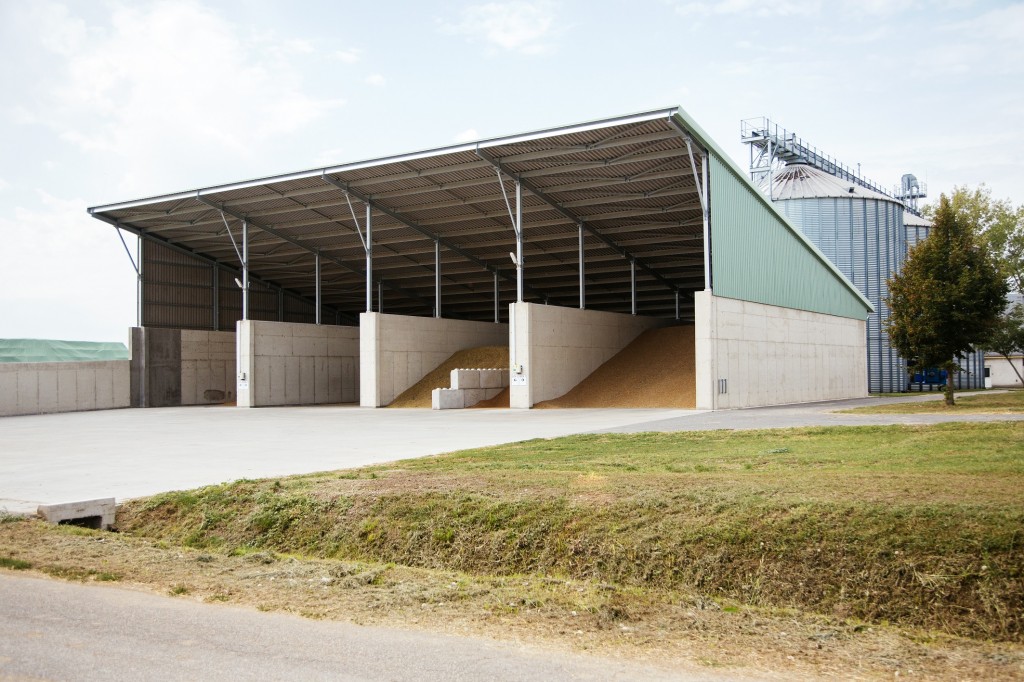 Is Hubertus such a perpetuum mobile?

Our activity covers the entire agricultural-crop-livestock-meat-processing-sales vertical, which determines sustainable farming. It could not be otherwise, as our pastures are of inferior quality, so we can make the most efficient use of them by grazing on them and thus producing high-quality food and beef. That is, the activity comes from the endowment. But I can also say the area of ​​Nagyberek as an example. Vegetables have been grown here since the founding of the Balaton Nagyberek State Farm, but this was not successful due to the characteristics of the area, so they switched and only produced maize for many years, which, however, brought new problems. So when I took over the company in 2004, instead of the usual thousand hectares of corn, we planted alfalfa in these areas, because it grows by collecting nitrogen from the soil, we don't have to chemicalize it and we can feed our cattle with it from hay and hay.

Do you use chemicals in crop production?

We use it, we cannot do without it in many areas, but in the long run we strive to eliminate it completely. Now, for example, we are experimenting with triggering the herbicidal ability of the chemical glyphosate by mechanical force in the future. Ideally, everything would be grazed by the animal and not even the machines would have to go out, and if everything we produce this way could be sold through our own sales channels. We don’t want to produce for export in the long run because we don’t want to depend on a third party. We produce less for home than for larger quantities for export. The regional concept was primary for us, a domestic product for the domestic market, I believe in this and it also strengthens sustainability. I never understood why Argentine sirloin, for example, comes in if there is an excellent Hungarian.

We have already talked a lot about the role of animals in this process. How is sustainability in cattle farming?

At several points. For example, animals are kept on straw, not on a lattice floor where only manure is produced. This is because real straw manure has a higher value and is better utilized if you replenish it in the soil. In Hungary, wheat yields have been stable in recent years because we are replacing the manure back into the ground, which will have a high humus content. And humus binds water, so you don't have to worry about the crop even in drier times. Another example is that we try to minimize the environmental impact when transporting our animals, so we are looking for a nearby slaughterhouse. Until Zalaszentiván, they only have to be on the truck for a good hour, which is also beneficial for air pollution and we do not increase the stress factor of the animals with long transport times of 6-8 hours. Processing takes place in Pásztó, which is close to our largest market, Budapest, and we try to logistics in such a way that when the packaged goods come out of the plant, it coincides with the delivery of the quarter cattle waiting to be processed, so there are no half-used roads. The last stop is the packaging of Terra Pannonia products, where we also try to achieve a completely environmentally friendly, plastic-free packaging.

Sustainability has also been pursued in agriculture and animal breeding. Is this ambition reflected in other areas?

Take the forests. Hubertus manages 2,000 hectares of forest, but most of the poplar trees found here are not suitable for furniture production or construction. However, the chips of its branches have an excellent calorific value, which is why we use it for ten years. We heated it in three boilers, in the hotel, in the office building and in the workshop. But a good example is our house, which is only made of wood, there is no material in it that could not be recycled if it had to be demolished later 100 years later. We also paid attention to this during the renovation of the Hubertus Hof Landhotel. For example, there is cellulose as an insulating material under both the floor and the roof.

Does it make work hard if we want to work in the name of sustainability?

I would not say. It is more of a value-adding and exemplary task. And it’s also a challenge that we’re not alone with, many other colleagues think so, but not everyone has such a wide palette that spans the entire vertical. For example, if we only grew a plant, we would close in November and start working again in mid-February. It would be a little simpler, maybe even more economically advantageous, but a bit boring for me because I don’t produce food, I just produce some kind of raw material. That's not why I studied this profession. 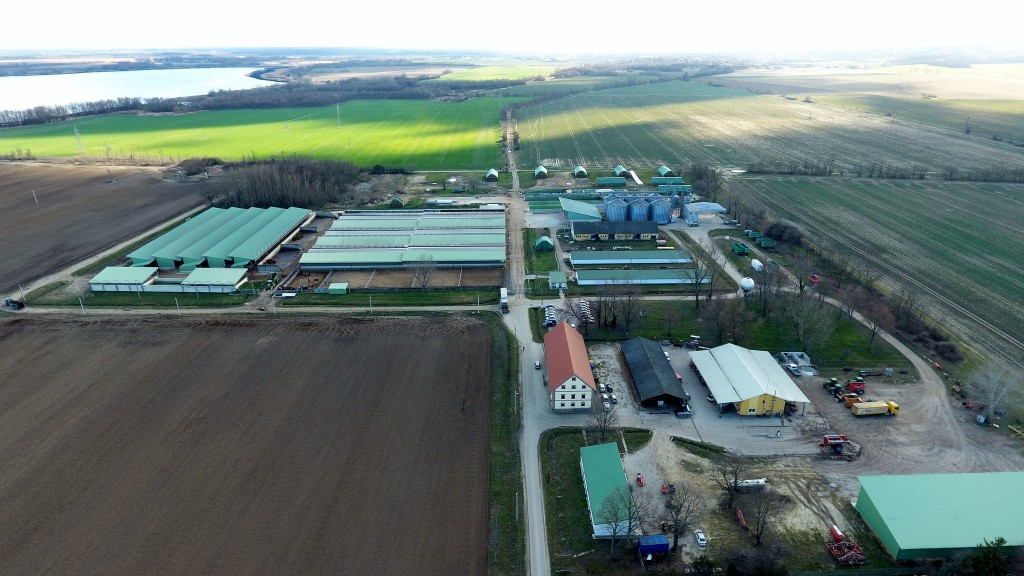 Do you think that the role of products from sustainable farming will increase in the context of a crisis situation, such as an economic - or just now – connected with coronavirus crisis?

I think by now everyone is getting tired of this viral situation. We also see that this will not end at once, and one day the lamp will change from red to green. It will not be possible to travel this year either, we will have to stay within our own borders. This process will bring regional products to the foreground. This we have been feeling for many years that the regional trend is a stronger pattern of bio trend. Local product, local value, it will certainly be more pronounced thanks to this crisis. This is Hubertus' creed from the beginning, which we would like to emphasize on the outside, so we have created our own symbol, a kind of sustainability brand, which allows our customers to be sure they have a product from a safe, local and sustainable economy.